Some of the most fascinating, legendary and original cinemas in the world.

Grauman Chinese Theatre (Los Angeles, USA): Behind its imposing, oriental-styled façade shaped like a pagoda, lies one of Hollywood’s most mythical picture houses, the venue for the Oscars ceremony on up to three occasions. Located in the middle of the Walk of Fame, outside it are the prints of actors like Clark Gable, Rita Hayworth, Samuel L. Jackson, Sophia Loren, Marilyn Monroe or Shirley Temple.

Archipelago Cinema (Thailand): This initiative takes the open-air cinema concept to a new level. It is a floating movie theatre where the usher takes spectators to their seats by boat. And to boot, it is located in the middle of a beautiful bay of turquoise waters.

Sol Cinema (United Kingdom): This picturesque cinema located in the south of Wales boasts of being the ‘smallest cinema in the solar system’. It consists of a small caravan powered by solar panels which accommodates 8 spectators.

Raj Mandir (India): Without a doubt one of the best places for attending a premier of the latest Bollywood hit. It is the biggest THX cinema in the world, spectacular inside and out, with a decorated façade and an imposing dome that favours exceptional acoustics.

The Tampa Theatre (Florida, USA): It has been functioning since 1926 and maintains the charm, style and décor of early 20th-century picture houses. Before each screening, movie-goers are entertained as they wait by live music played on a legendary Wurlitzer organ. 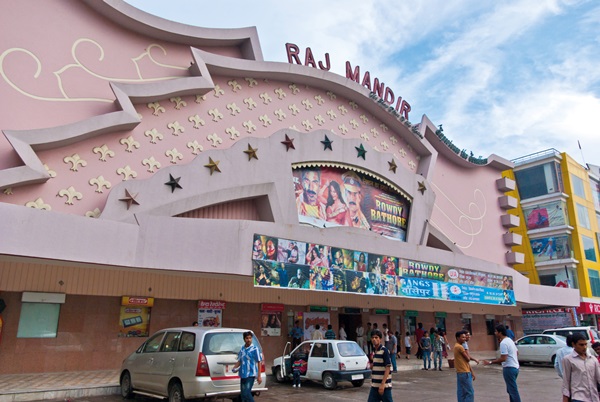 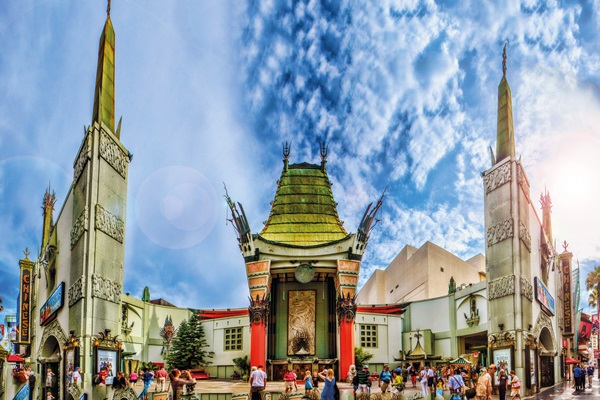 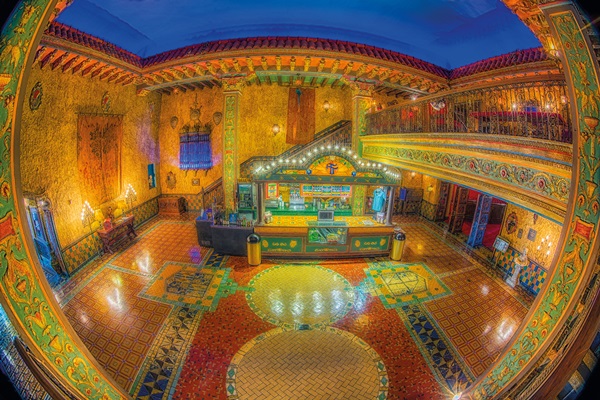