This report includes some of the libraries around the world which, above and beyond their architectural beauty, continue to illuminate humankind.

The George Peabody Library (Baltimore, USA) has been providing refuge for book lovers in warm, stately surroundings since the late 19th century. The architects, in their own words, sought to build a veritable ‘cathedral of books’. The result is one of the most beautiful libraries in the world. Most of its 300,000 tomes are valuable old books.

With a surface area of 33,700 m2 the Tianjin Binhai Library (China) can house 1.2 million books. The floor-to-ceiling bookcases cascade in futuristic-looking undulations which create stairs. The open-plan space is broken in the centre by a brilliant spherical auditorium. Inaugurated last year, it is nicknamed the ‘sea of knowledge’ and is considered China’s most beautiful library.

The Stadtbibliothek am Mailänder Platz (Stuttgart, Germany) is a cube-shaped building with a very striking exterior which reminds one of a Rubik’s cube when it is lit up in different colours at night, and a sober white interior with 11 floors that invite to calmness and study. This is Stuttgart’s public library, inaugurated in 2011.

Since 1946, the public library of the city of Malmö (Sweden) has occupied the rooms of ‘The Castle’ – the popular name of this building, inspired by the old Danish and Swedish fortresses and originally designed to house Malmö Museum. It also has two other, more modern buildings: ‘The Calendar of Light’, with glass walls, inaugurated in 1997, and ‘The Cylinder’, made of stone and cylindrical in shape, which links the two former buildings. The result is a curious ensemble which combines Scandinavian tradition and modernity.

At first, the proposal by architect Toyo Ito for the Tama Art University Library (Tokyo, Japan), consisted of locating the entire volume of the library underground, by way of a cave. Although Ito eventually gave up the idea due to technical difficulties, he did try to construct ‘a subterranean space above ground’, taking advantage of the sloping land it sits on. He left his mark with the classical-inspired arches. Since it was inaugurated, the influx of visitors to the university library has doubled in size.

The Richelieu library (Paris, France) is one of the two locations of the Bibliothèque Nationale de France, which conserves 13 million books, the other being the François Miterrand library. In an original building from 1368 renovated in 1860 by the architect Henri Labrouste, it provides a spectacular framework on both the outside and the inside, with slender pillars and zenithal lighting from skylights. It has three exhibition rooms and houses the special collections of the National Library (artworks, manuscripts, maps, plans, engravings, photographs, coins, medals and antiques). 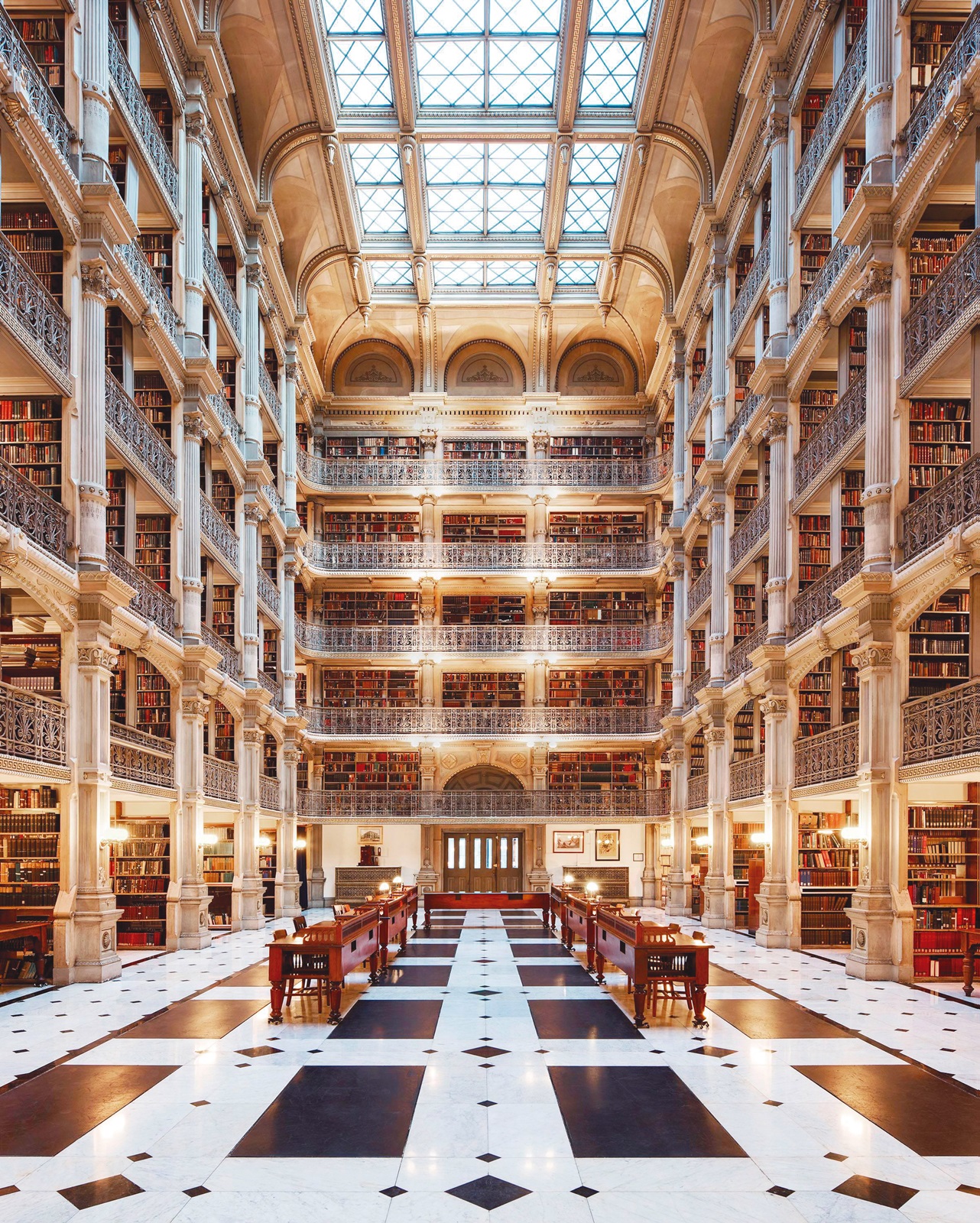 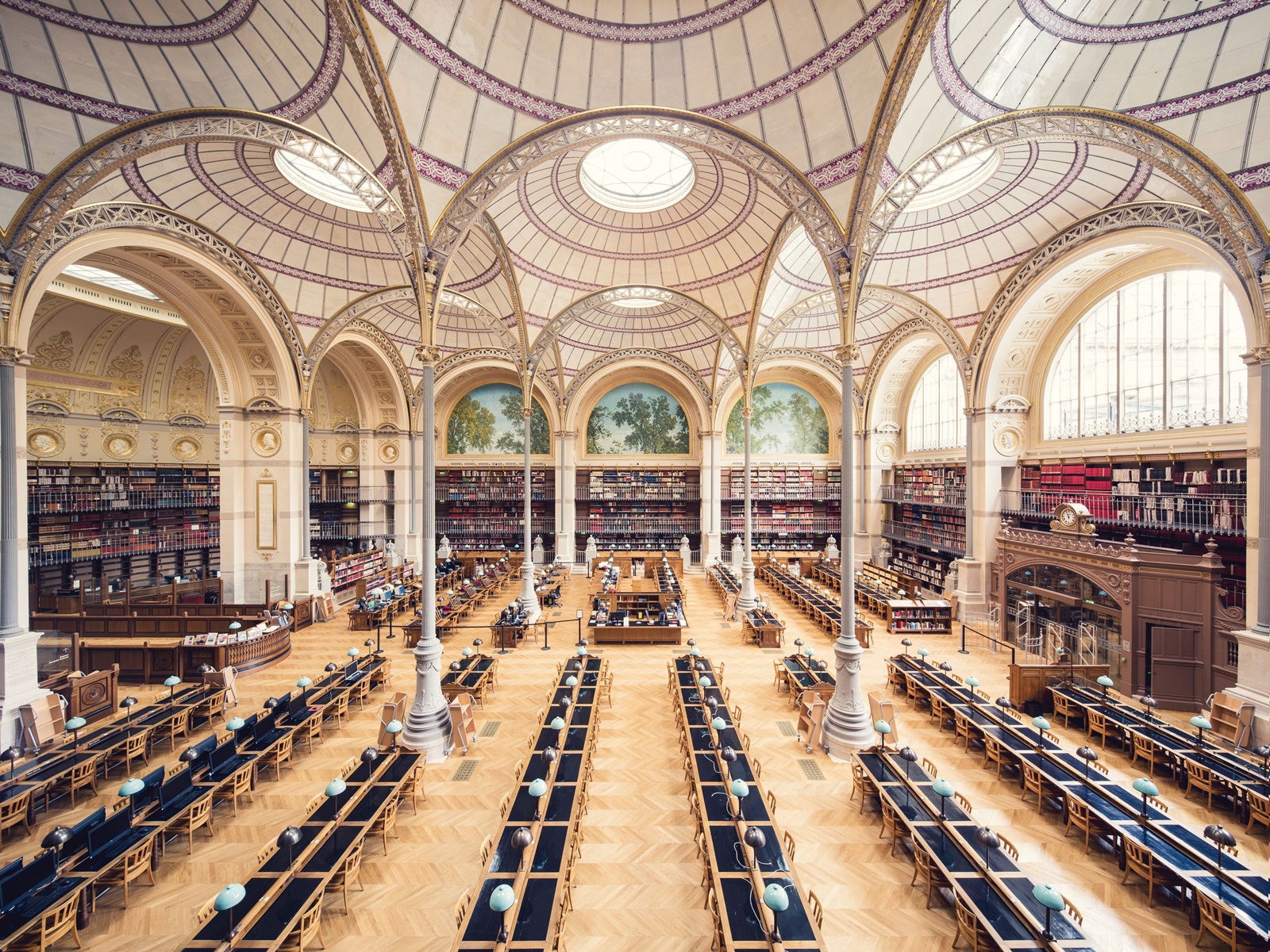