A fleet composed of 35 ships will be participating until Sunday in the second round of the Winter Series organized by Calvià’s Regattas Club.

The Dragon Winter Series Puerto Portals resumes tomorrow its activity, to dispute the second of the three events that comprise the competition. The test, taking place from January 17th to 19th, will gather 35 Dragon Class ships, most of them with crews from northern Europe.

The race is organized by the Club of Regattas Puerto Portals, in association with the Spanish Dragon Class Association, the International Dragon Class and the Balearic Sailing Federation. The first start will take place on Friday at 14pm, whilst on Saturday and Sunday it will begin at 11.30am.

The organization has set a maximum of six rounds, two per day, and from the fifth, the discarding game will start. The contestants will be able to make use of a ‘village’, placed at the restaurant S’Esponja, and the regattas’ office will be located in the Sailing School of Puerto Portals.

Tomorrow’s weather forecast is favorable, with western winds of around 14 knots, but it won’t be as favorable for the following two days; on Saturday, Aeolus’ intensity will decrease and on Sunday strong showers are expected, which might jeopardize the scheduled tests.

After five disputed rounds, the Russian ship Rocknrolla, crewed by Dmitry Samokhin, Kasper Harsberg and Andrdey Kirilyuk, maintains the leadership of the III Puerto Portals Winter Series. The British Louise Racing, owned by Grant Gordon, is second and the Danish Out Of Bounce, with Jens Christensen as its shipowner, completes the temporary podium.

The third edition of Puerto Portals Dragon Winter Series, will come to an end next February, when the third and last event will take place, and they will conclude with the celebration of the award of trophies to the winner, as well as to the categories Best Classic (for wooden boats) y Best Corinthian (non professional crews). 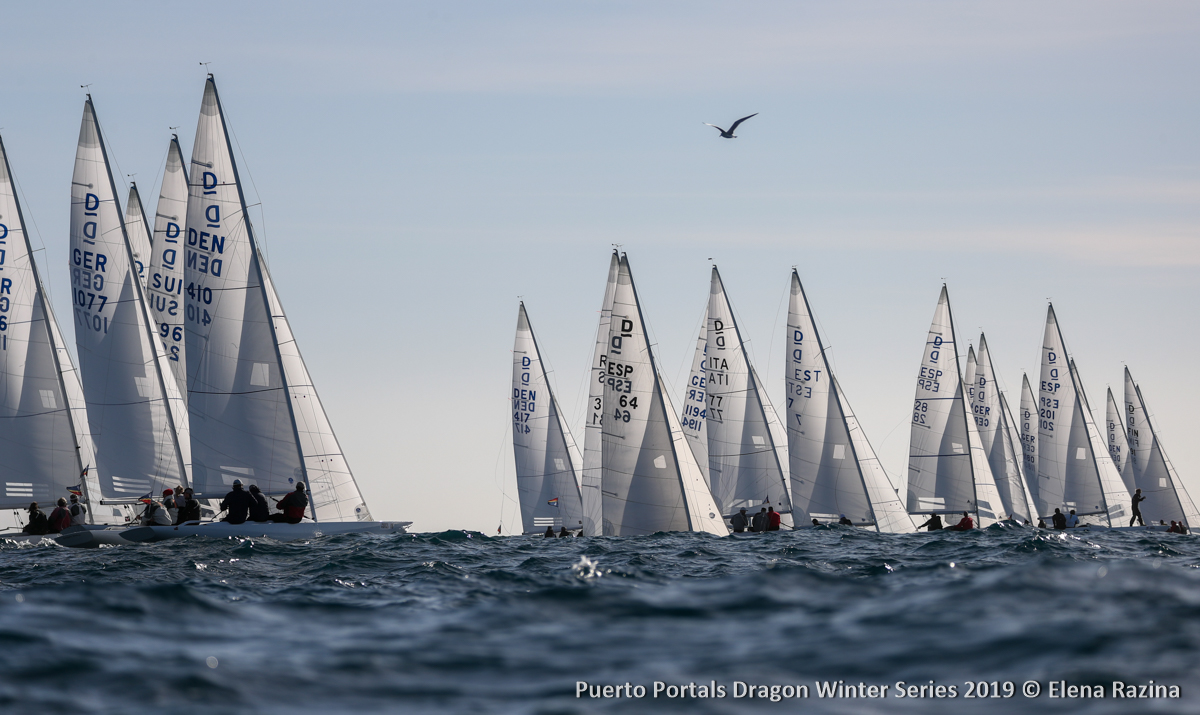 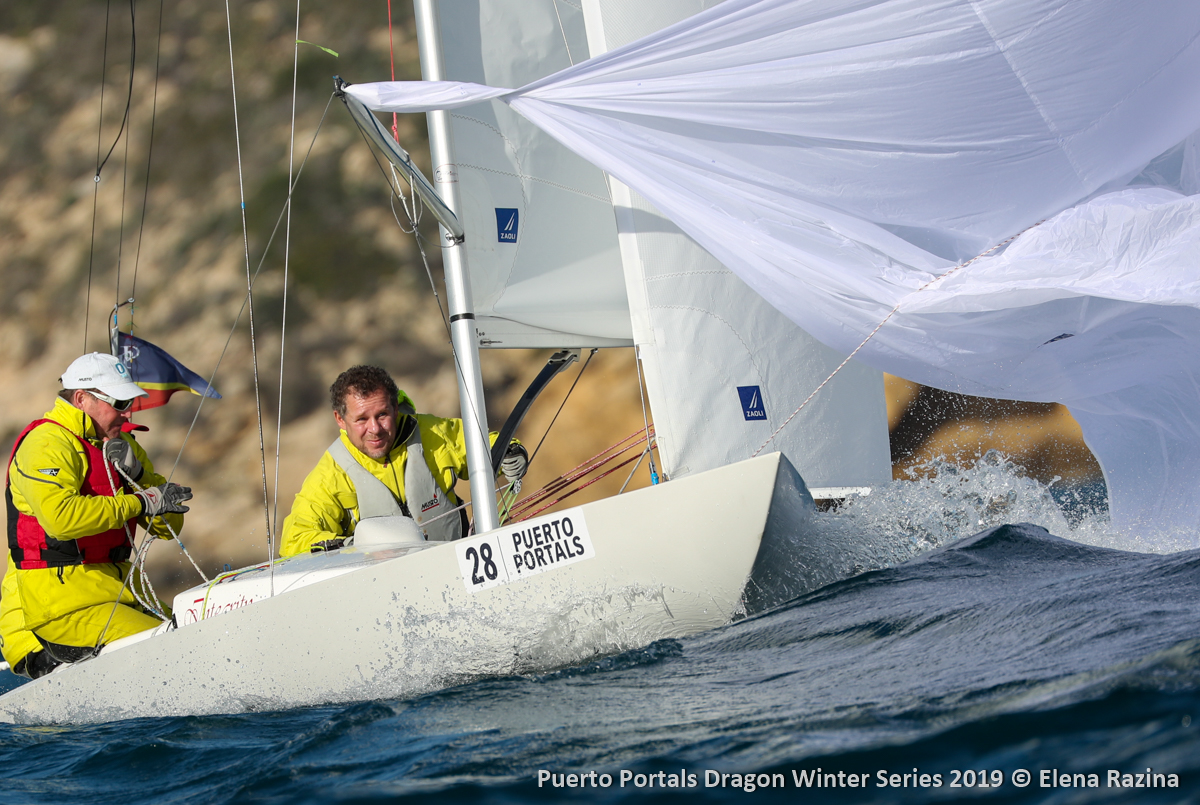 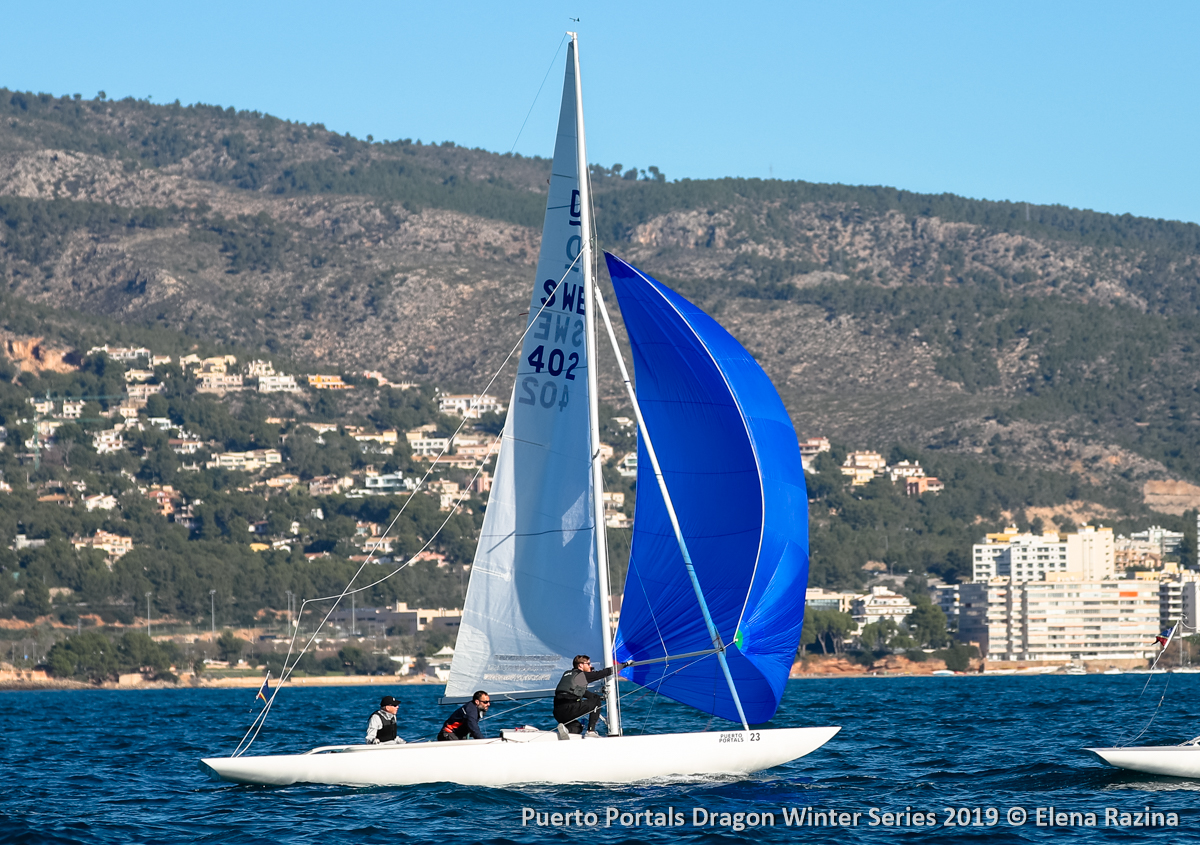 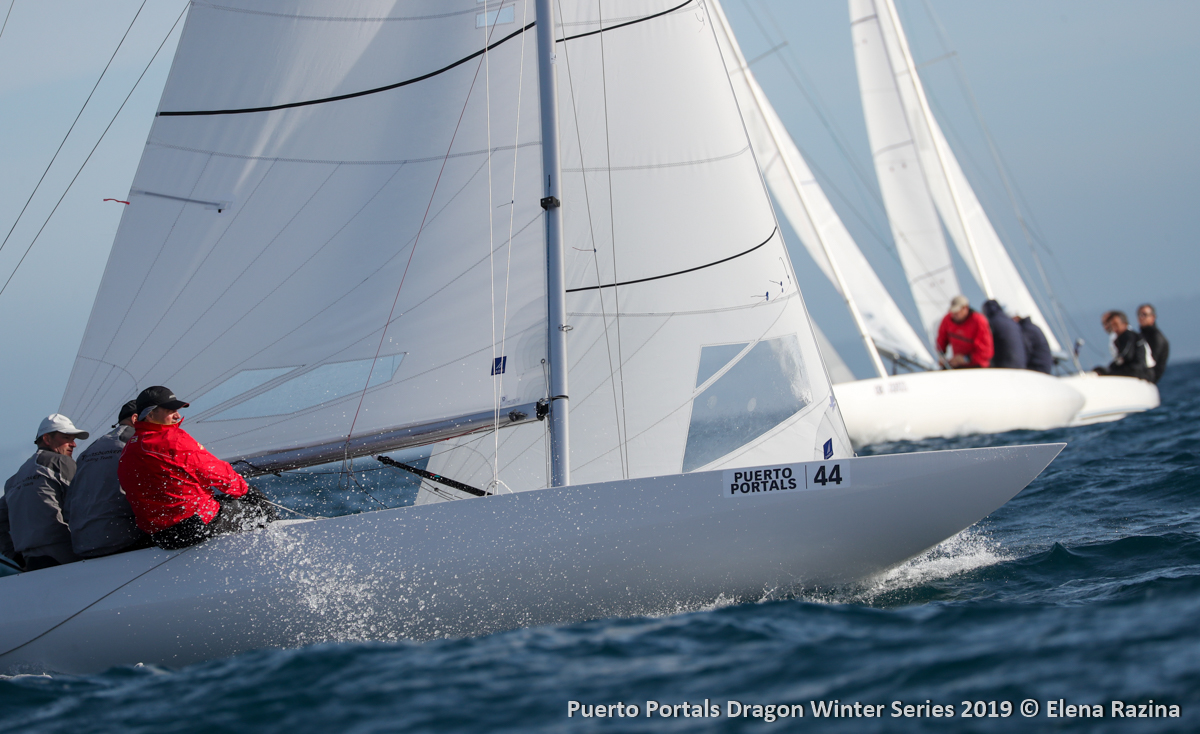 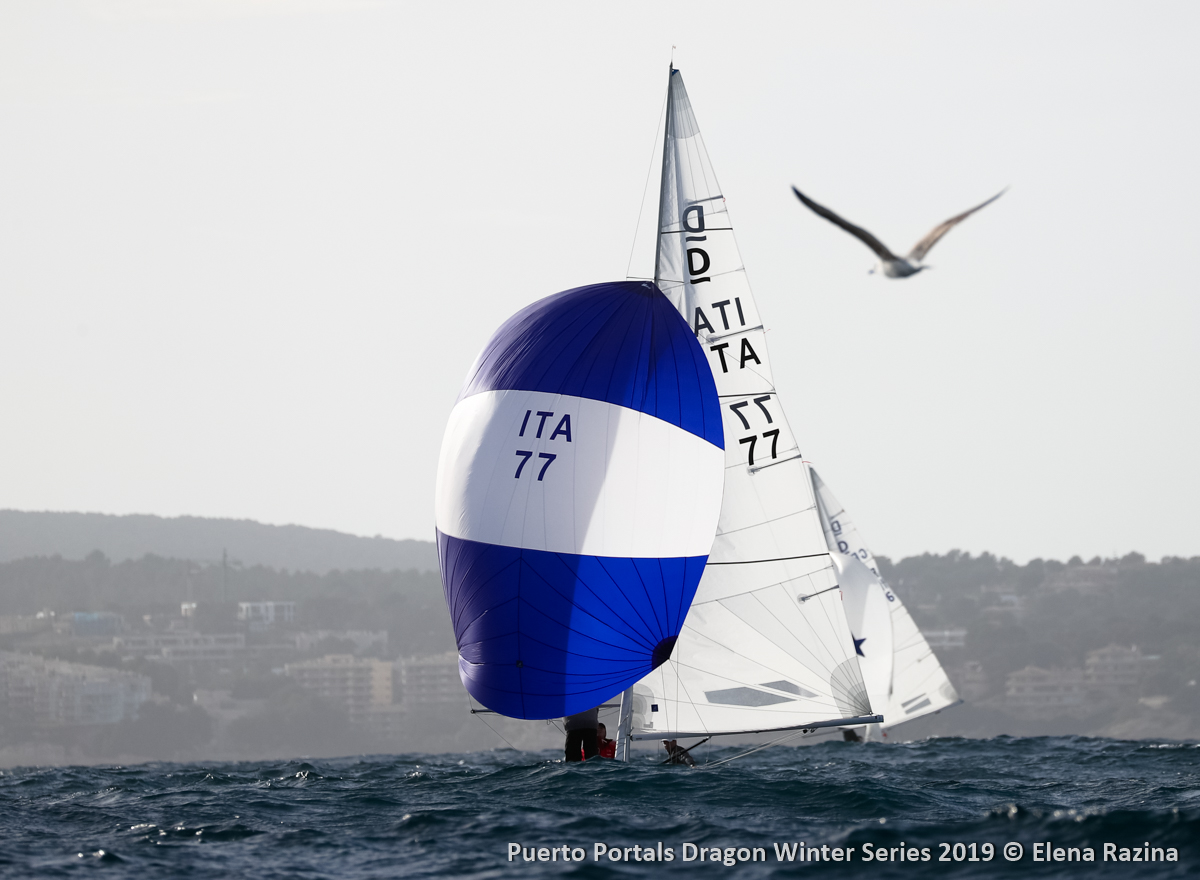