The sirens of the Odyssey

Legend has it that back in the age when the Greek gods ruled the world, the sirens ruled the sea.

Legend has it that back in the age when the Greek gods ruled the world, the sirens ruled the sea, close to what is now Sicily. This kind of mythological being, similar to those known as nymphs, was made up of the body of a bird and the face of a woman.

The sirens had heavenly voices that turned anyone who heard them mad. Many sailors perished in the water so as to hear their enticing songs. One man alone managed to hear their singing and not die in the attempt: Ulysses, the king of Ithaca and hero of The Odyssey.

On his way home after the end of the Trojan war, he was warned by the goddess Circe of the recklessness that lay ahead. ‘You will sail near the island of the sirens, who cast a spell on any man who comes near them. Anyone who hears their voices will be affected by madness and drown in the waters around the island’.

With this warning, Ulysses and his companions left for Ithaca, crossing the Aegean Sea. The king ordered all of the crew to plug their ears with beeswax so as to survive their encounter with the sirens. He, however, could not resist the idea of hearing their celestial voices, so he asked his men to bind his hands and feet to the ship’s mast.

And so it was. The ship approached the island of the sirens, and they began to sing, ‘Come closer, famous Ulysses – Achaea’s pride and glory - moor your ship on our coast so you can hear our song! Never has any sailor passed our shores in his black craft until he has heard the honeyed voices pouring from our lips, and once he hears to his heart’s content sails on, a wiser man...’. They continued to try and enchant the king in this way, leading him to beg his companions to cut him loose so that he could join these fascinating beings.

His comrades rowed fast and the glorious moment came when they left the sirens behind them. They had managed to become the first ship to survive this passage, and Ulysses the first man to hear the sirens’ song without losing his life.

The concept of the fish-siren is post-classical. These mythological beings were carved on funerary monuments and the bows of boats, as it was believed that they were a good omen for sea voyages. Whatever the case, these beautiful beings have formed part of the whole history of humankind, and who knows if they are not more than simply a myth... 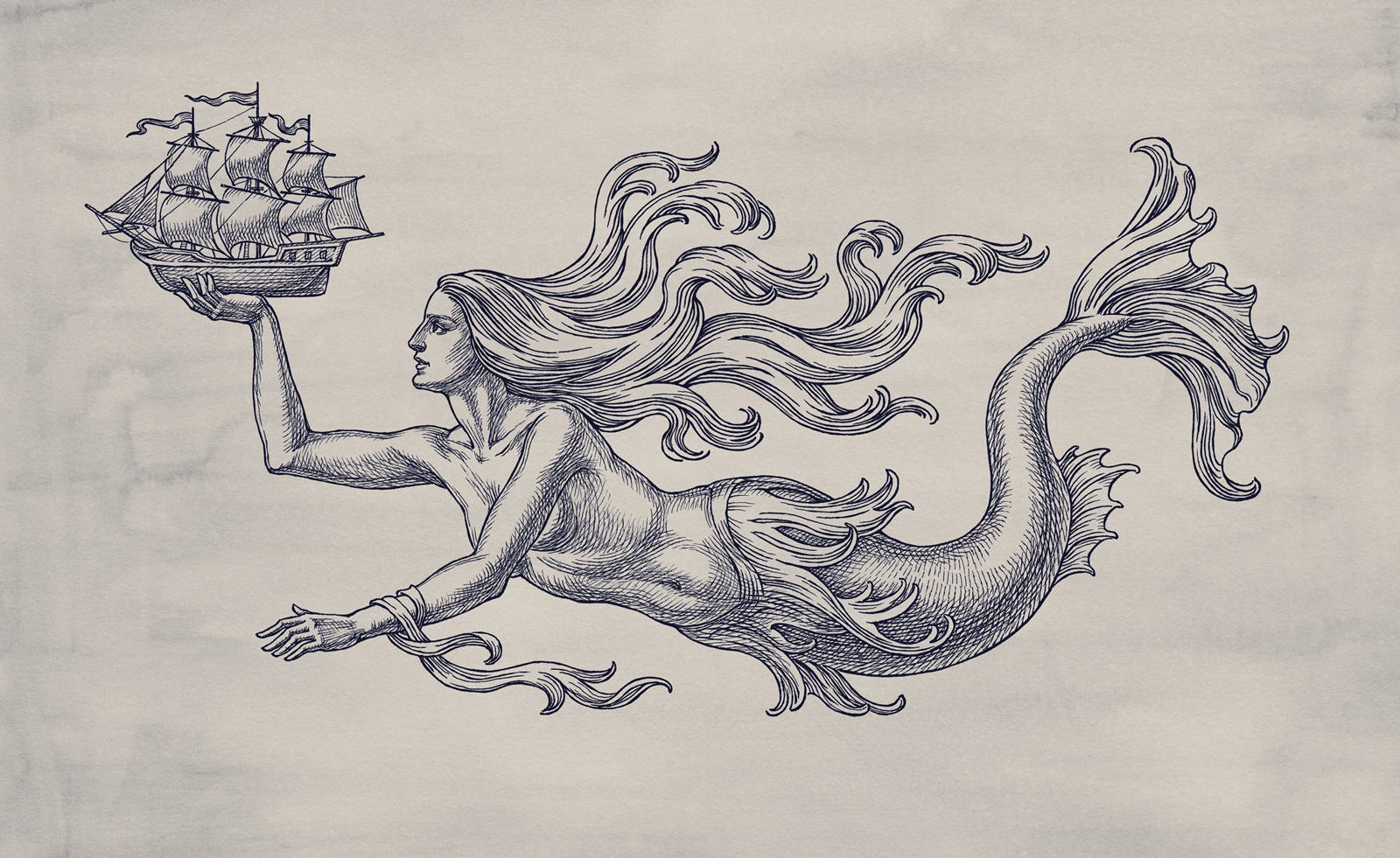 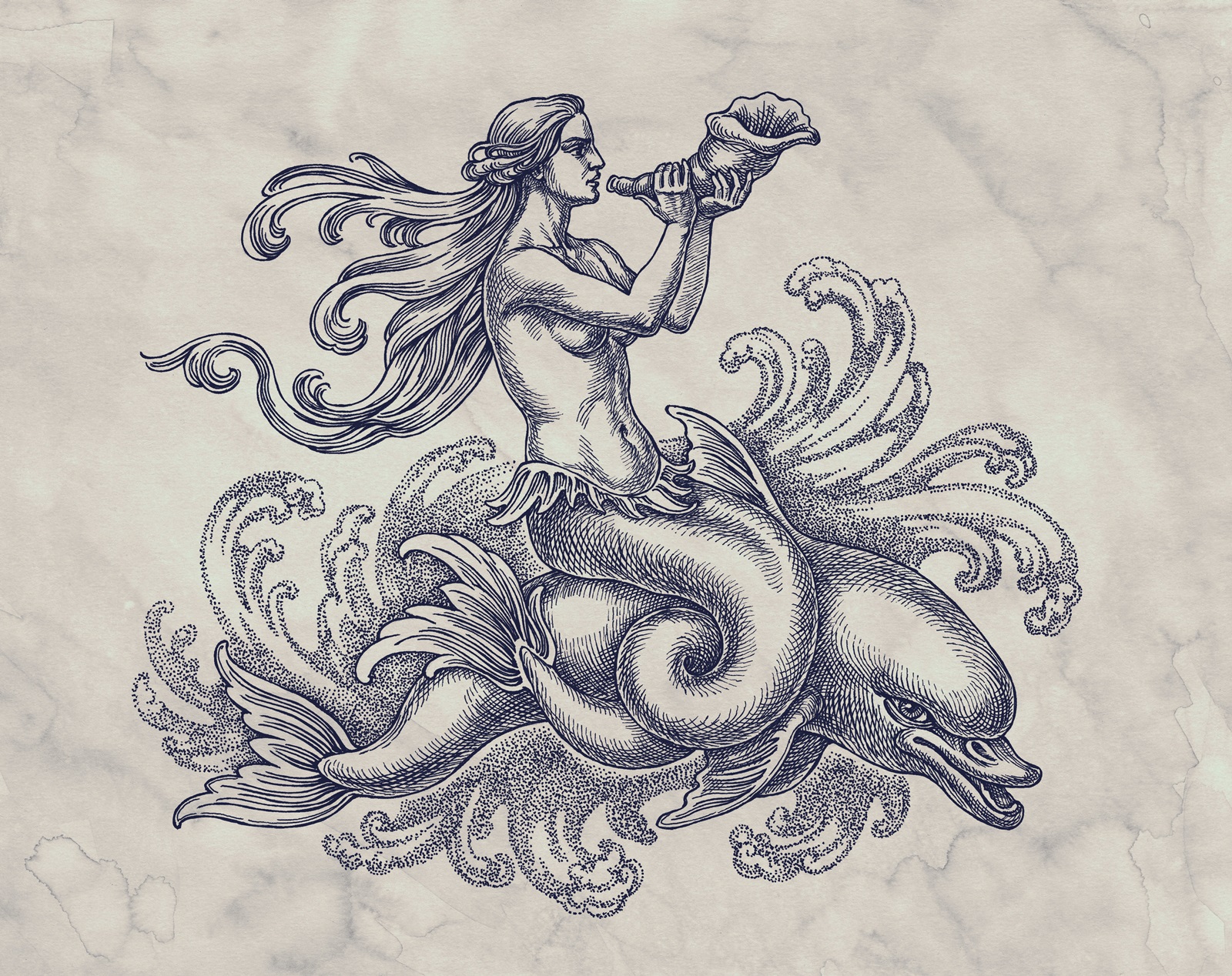