L. Bernal: ‘I am fascinated by the magic behind the creation of projects’

Lorena Bernal (Argentina, 1981) started her modelling career in 1999 when she won the beauty contest Miss España at the early age of 17. This prompted her to start new projects as actress and presenter in TV shows like ‘Luna Negra’ or ‘¡Ala…Dina!’ Some years ago she departed to Los Angeles to continue her career there after a few years’ break in which she chose to give priority to her family life. The actress reveals her long-term plans after settling in Manchester with her husband and children.

You have a very close relationship with the island of Majorca, where your wedding took place and two of your children were born, also where you spend most of your holidays… Yes, it’s a place where I always feel very comfortable. I started coming over 20 years ago and here I have spent several stages of my life. This island is versatile to all plans and needs. I love its climate and the great variety of things to do, besides offering all the necessary services.

Two years ago you moved to Los Angeles, what led you to take the decision of going across the pond and what have these years been like? That’s right. I’d already lived there some years ago and I felt the moment to return had arrived. Since the first time I went, I noticed that in LA my career as an actress evolved in the right direction. I chose to pause that evolution when I became a mother and I gave priority to creating a family by devoting my time and energy to my children and husband. Two years ago we realised that it was a very good moment to resume my career so I travelled there to rediscover myself as an actress, to gain more knowledge in other cinema and TV areas as well as creating a work group that could allow me to work internationally from Europe. It went very well and now I have the chance to continue from here.

Entering the cinema industry in LA is quite challenging, what was your personal experience? It is not easy, but not impossible and certainly there is much to be learnt along the way until you make it. It depends on many factors, some are not within your reach but others are. What really is up to you are your expectations, patience, capability of hard and consistent work with no immediate reward… My personal experience has been a very good one. I started working almost straight away and I accomplished improvements in every area of my profession, that’s why I had to return to LA, I wanted to keep on learning and improving. Besides, it’s a wonderful city to live in.

Also you have been studying scriptwriting and production for cinema and television, would you fancy being behind the scenes? Not for the time being but I don’t dismiss it in the future. I am passionate about the industry of cinema and TV and I am fascinated by the magic behind the creation of projects. What I like best is acting but there is so much more behind it, an enormous amount of work is done before the actor stands in front of the camera reciting the text and a great deal of work follows. The understanding of all this provides a broader overview of what cinema and television are.

What has the title of Miss España meant for you? I entered the contest being only a 17 year-old girl that lived in San Sebastian and dreamt of becoming an actress since early childhood. At the time it was a very effective way to get to Madrid and approach this world, for me it was the only way I had within my reach back then. And it worked. After winning, I immediately became a part of the world of television, cinema, press… I worked hard and I learned a lot very quickly. It’s had less positive sides but I prefer to remember it as my stepping stone towards working in what I always wanted, and for that reason I feel very grateful for it.

You are spending the summer in Majorca, what are your plans in the near future? What projects do you have? Indeed, we will spend the summer here and after we will move to Manchester, where my husband works. Once installed, I will start to work from there within Europe, including Spain, and I will continue to travel to LA for meetings and castings; I am really looking forward to this new stage. 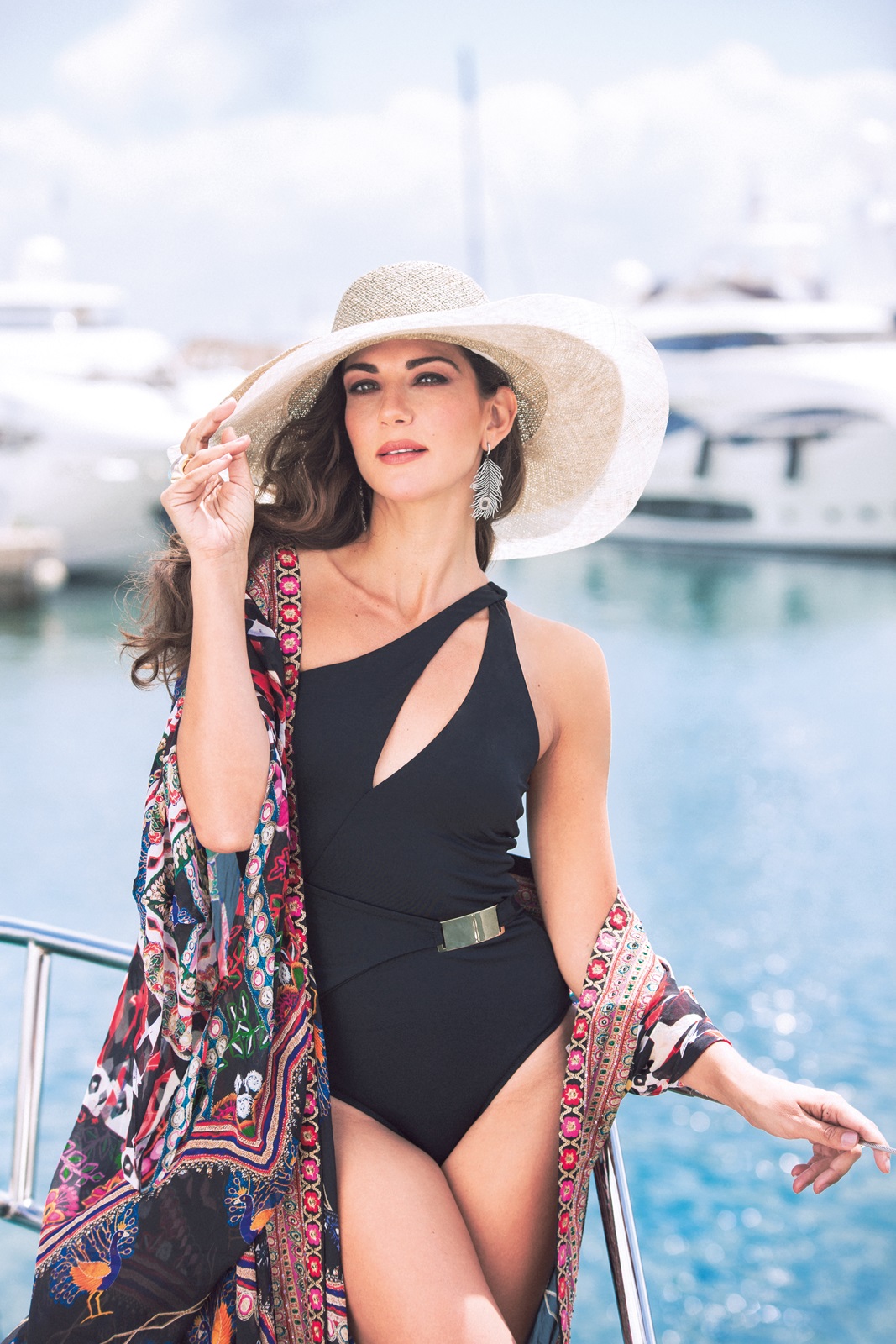 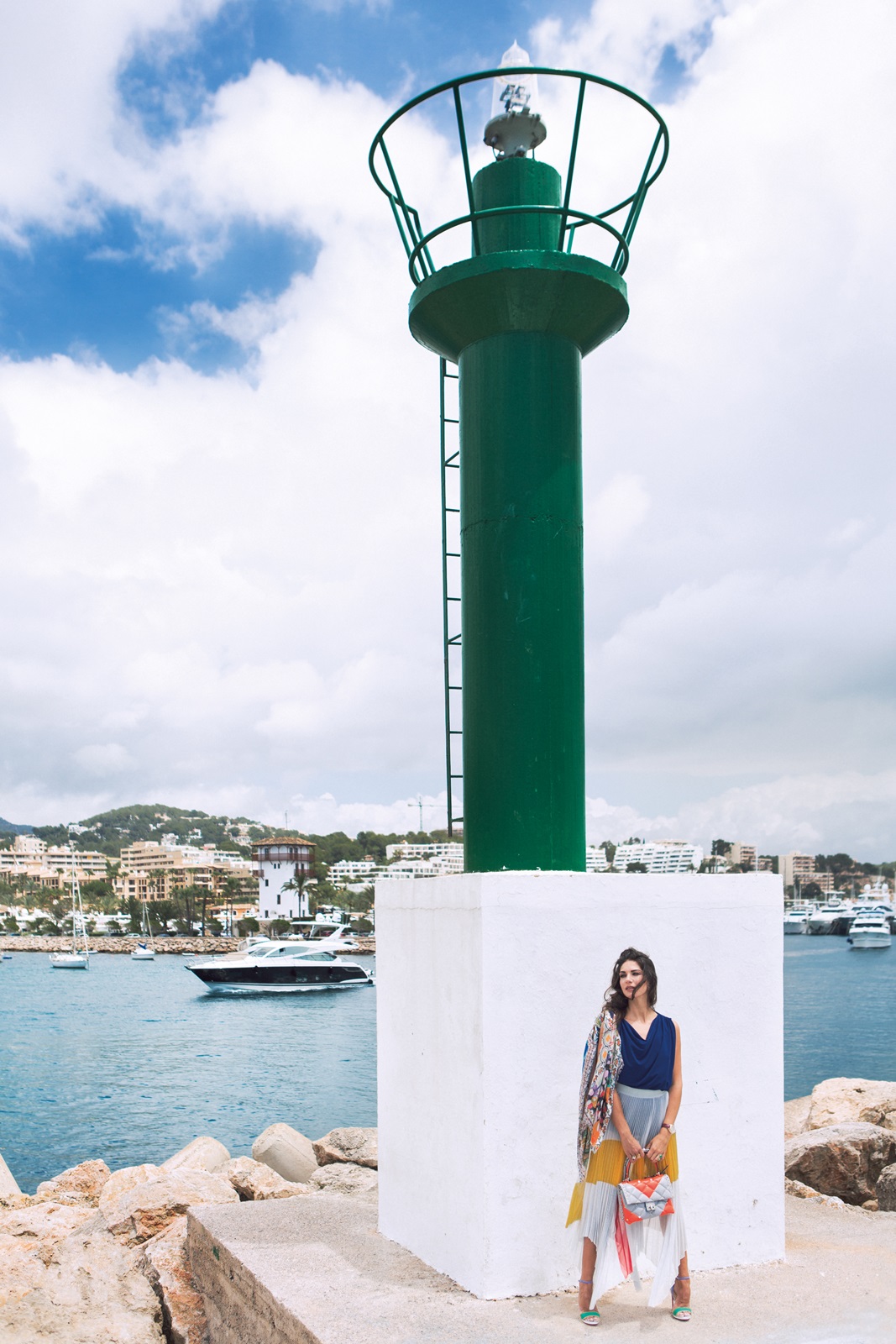