The pleasure of Check In

Hotels that impress guests with their lobbies.

After a long journey, when guests enter their hotel they eagerly await the friendliness and professionalism of the person greeting them from behind the reception desk. But beyond the fundamental human touch, the big hotel chains with four and five-star establishments are attaching more and more importance to the appearance of their lobbies, in terms of decoration, services, atmosphere, design, etc.

This is the case of the Hotel Hyatt Regency, in San Francisco, featured in the Guinness Book of Records for having the largest lobby in the world. One could say that it is practically a shopping mall, housing around one hundred businesses and restaurants.

To enter the Nhow Hotel in Berlin is to be plunged head first into the particular universe of designer Karim Rashid, with its eccentric colours, a predominance of pink and incredible futuristic forms.

Not too far afield, the hotel Óscar in Madrid was one of the first to break the reception mould with its contemporary style. The huge mirror that reflects the hall of the Standard Hotel in New York, duplicating its black and white colours, impresses visitors.

In London, pyramids inspire the shape of the lobby of the ME London. And in China, the entrance to the hotel The Opposite House, in Beijing, is an art gallery full of sculptures. In the same country, but in Guangzhou, the Four Seasons is a fusion of lights and shining marble. In Dubai, Burj Al Arab, with seven stars, has a lobby decorated with marble, precious stones and gold. 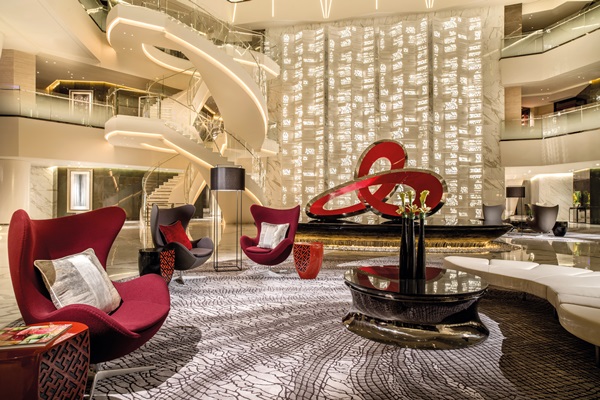 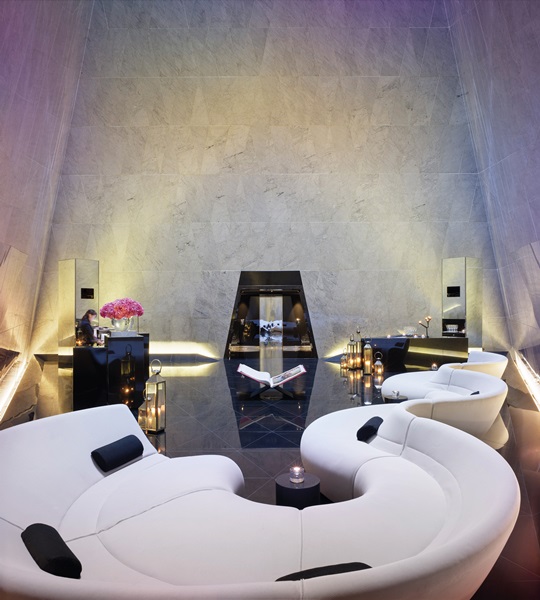