More than 400 attendees filled Plaza Capricho once again with colour and vibrations from the sixties at the Flower Power party by Pacha Ibiza, with guests such as Carmen Lomana and Teresa Baca among others

Last Friday one of the most emblematic gatherings of the summer, Flower Power by Pacha Ibiza, took place for the fourth year in a row at Puerto Portals’ Plaza Capricho. With the slogan ‘peace and love’, surrounded by flowers and colours, more than 400 attendees moved their bodies to the rhythm of Ray Charles, The Beatles or James Brown.

Hippie T-shirts, flower crowns and John Lennon-style sunglasses filled the most genuine sixties party, where one could find celebrities like Carmen Lomana, Carola Baleztena, Josie or Teresa Baca. The artist Domingo Zapata didn’t want to miss this tribute to the sixties culture either.

The crowning moment of the party arrived with the amazing show of John Lennon and Yoko Ono, on a bed singing ‘Give peace a chance’. Also noteworthy was the memorable Ray Charles’ ‘I got a woman’ or the classic entry of the Harley Davidson on the dance floor, among many other shows that transformed the party into an absolute hippie scenery.

Puerto Portals’ Flower Power by Pacha Ibiza is the first event of the season, that kicks-off a summer’s agenda full of events, such as The Sunset Market, every Wednesday and Thursday from July 17th to August 15th; the Rolex TP52 World Championship, from August 25th to 29th; and Cats Revival, on September 27th. 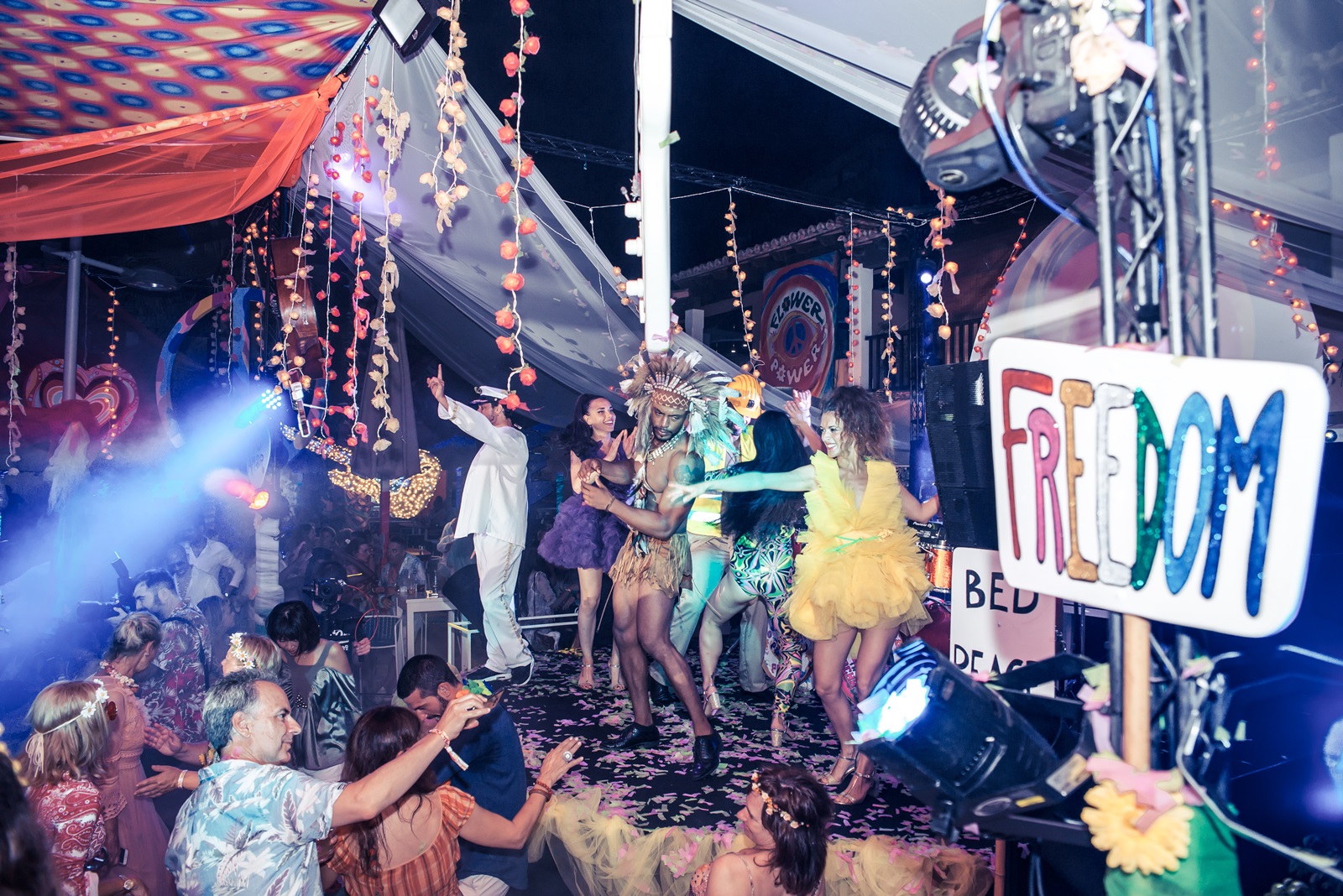 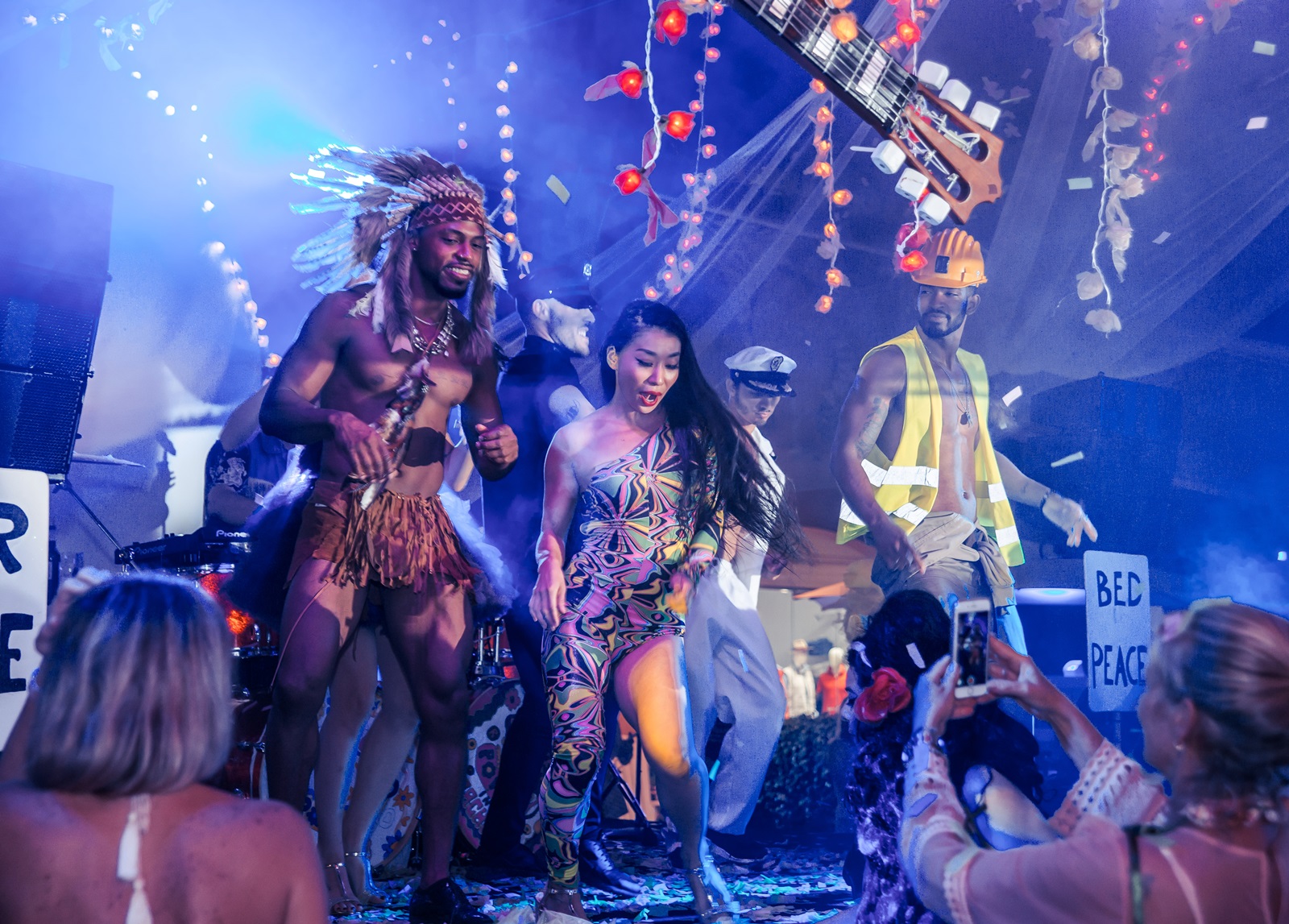 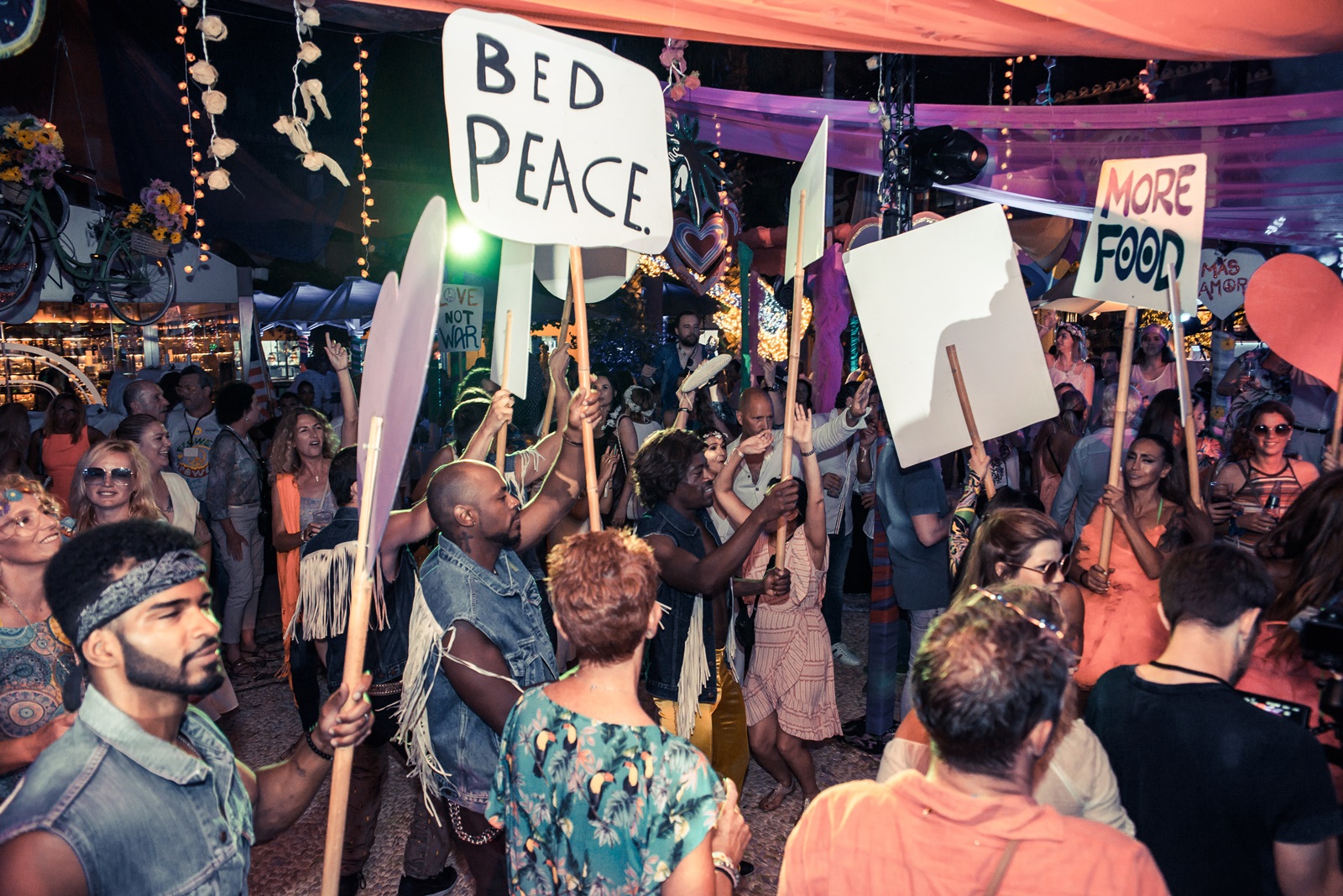 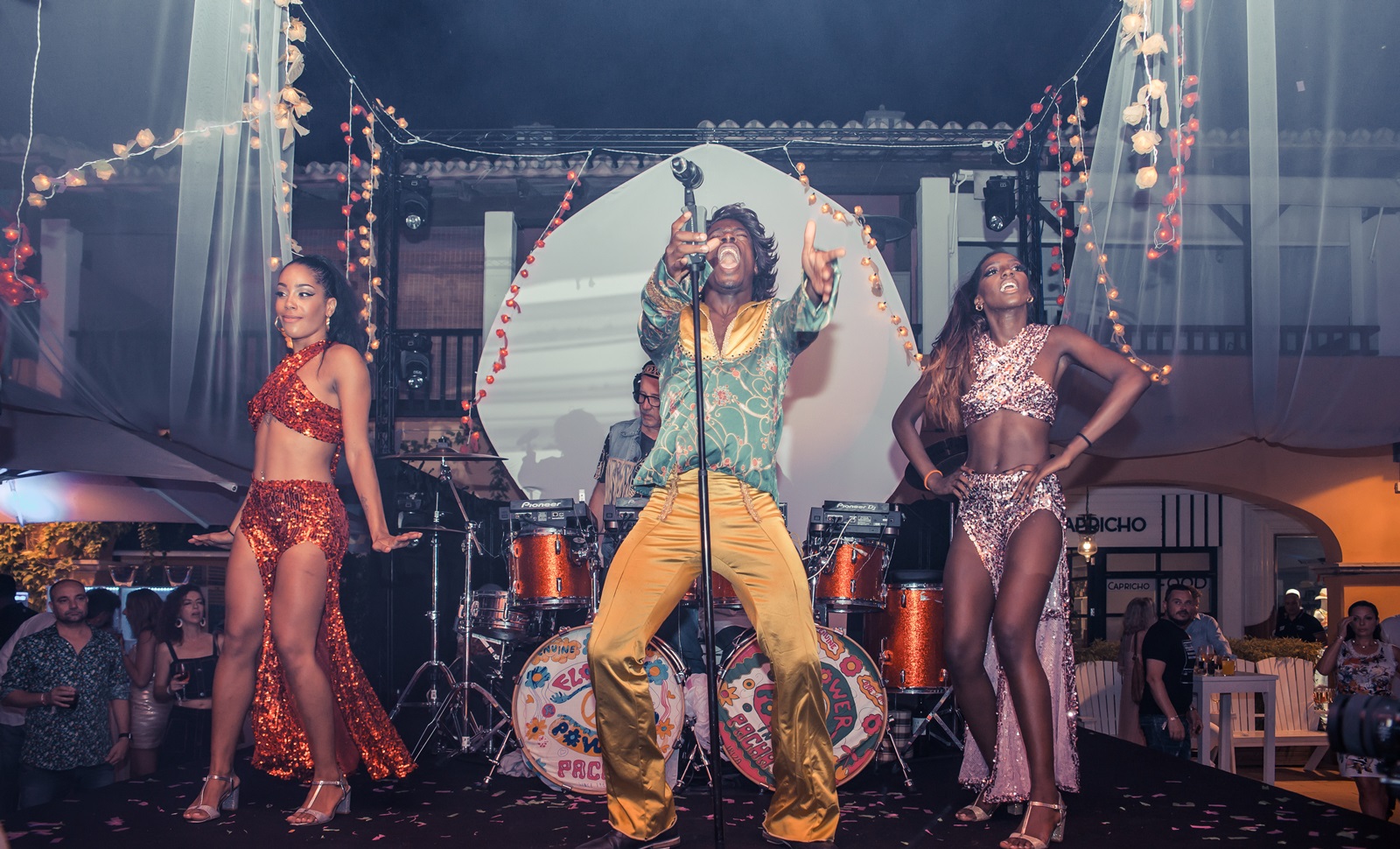 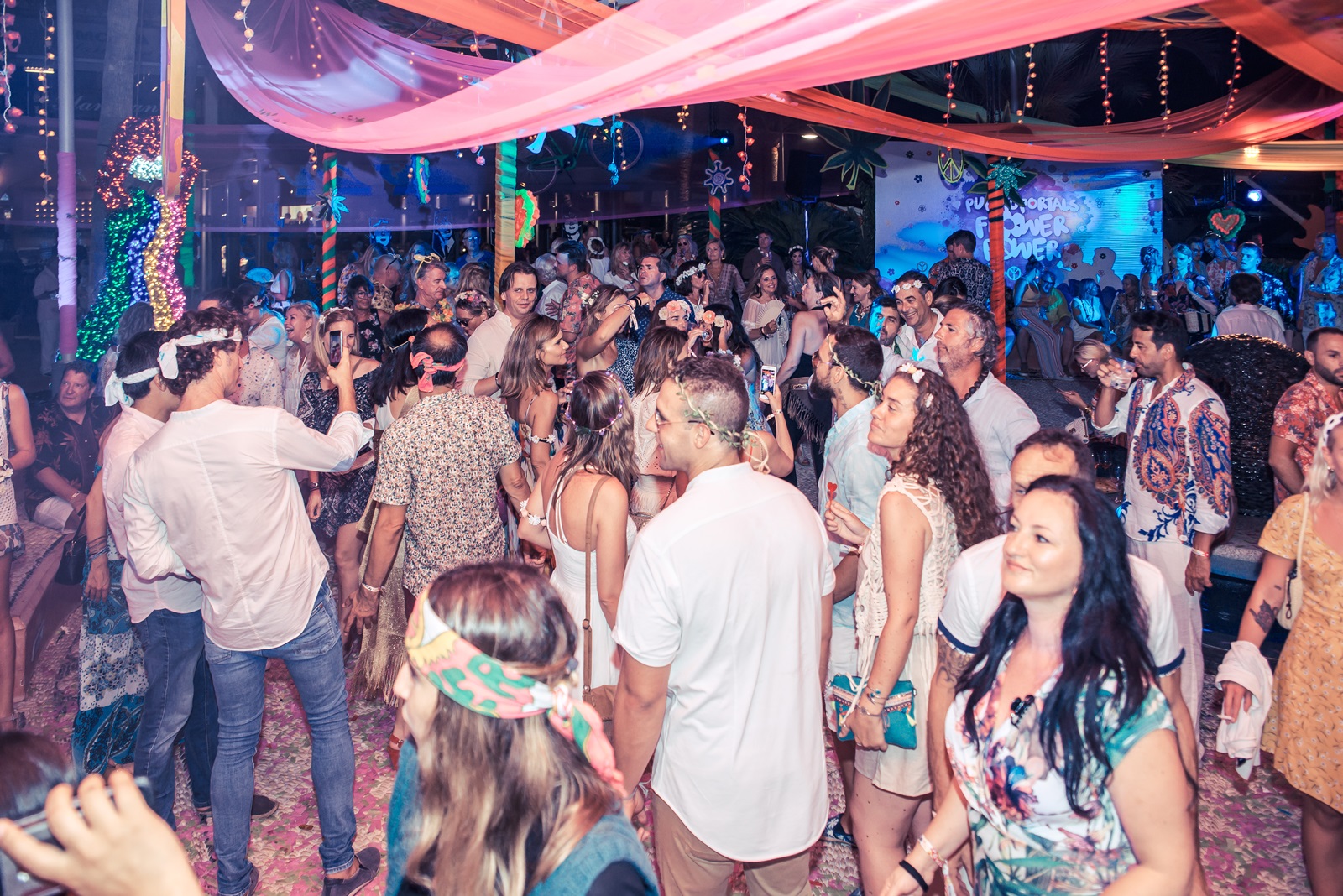 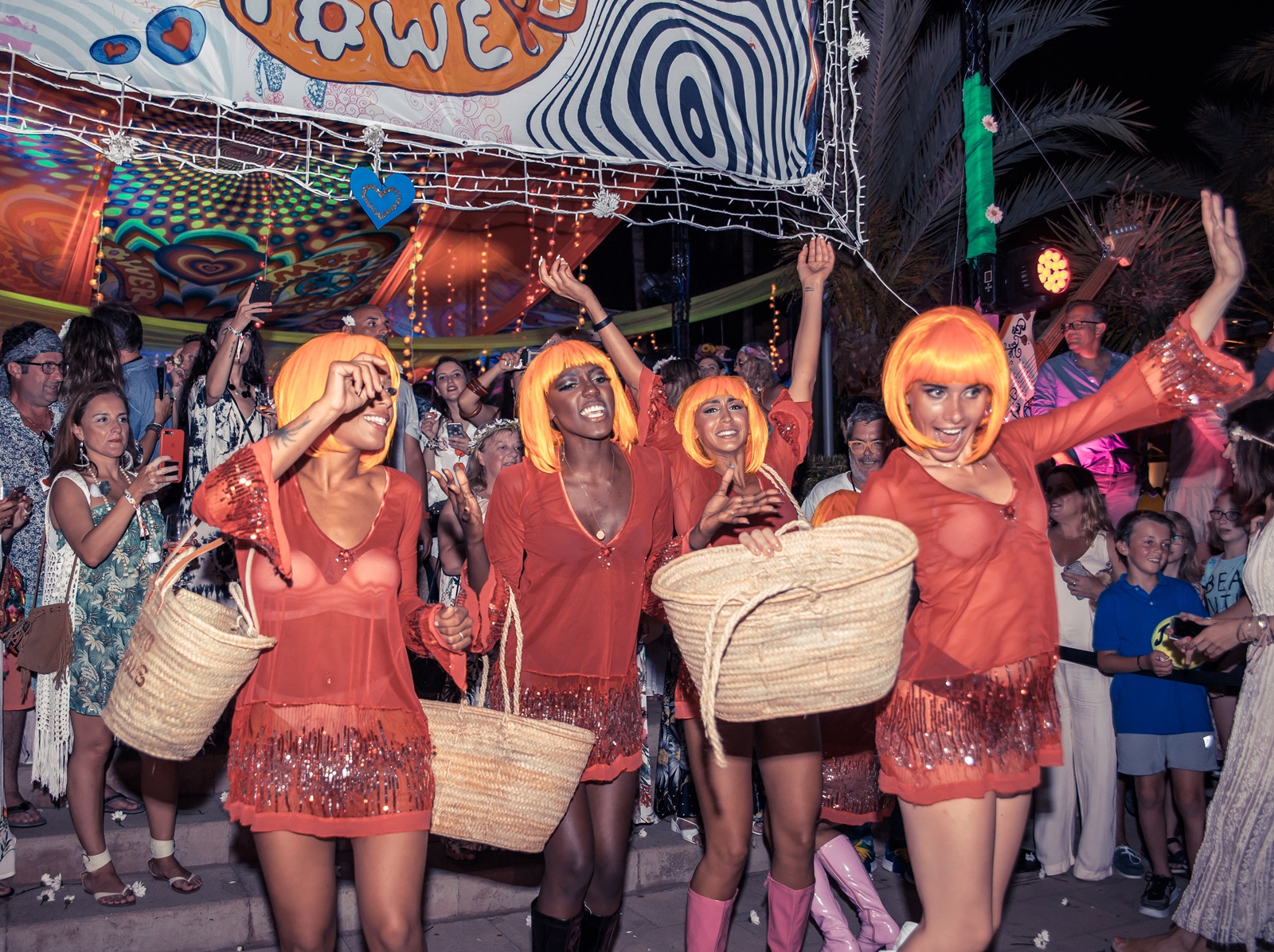